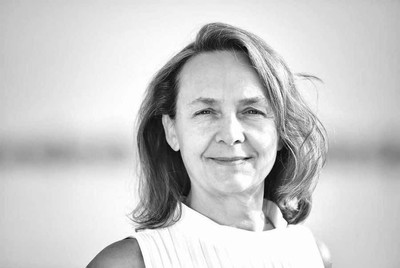 Elisabetta Ferrari Myōkan, solitary researcher since 1979, year of enrollment in the Faculty of Literature and Philosophy, University of Bologna. Alongside her studies in humanities and foreign literature she develops a particular interest in the disciplines of the body such as modern dance, Afro-Caribbean dance, theater, cinema, video art. She lives a few months in the United States following the teachings of Young O. Kim, a South Korean religious school based in New York. Thanks to fortuitous encounters she gets in touch with the research origin of human nature. "Knowing yourself is a journey that begins by asking questions about human nature. Once started, the journey will never have an end. The journey itself is the very purpose of the journey. " After graduation, based on the "Symbolic relationship between image and sound in the artistic and musical expression of underground subculture", she went to Nepal to physically live an experience of great impact with nature and herself: the Annapurna pilgrimage, a sacred mountain on the "roof of the world". On the border with Tibet, India and Nepal, Annapurna is an initiatory journey. While walking she has fundamental experiences: a Tibetan spiritual guide accompanies her in some sections of the route, near the borders with the visible world. "Since I can remember I have always perceived, felt and investigated the visible reality, remaining much more fascinated by the invisible one." India is an essential and profound experience. From the source of the Ganges to the mouth of the sacred river, she shares daily ritual life, lives together with the faithful in places of religious aggregation, in pilgrimages, among people and gurus, receiving precious teachings. She becomes aware of energetic attraction force of meditation and prayer: as soon as she returns to Italy she arrives at the Zen Shōbōzan Fudenji Temple, practicing and studying with the guidance of Fausto Taiten Guareschi, zen master. Since 1989 she has joined the Sangha of Fudenji, receiving the Zaike Tokudo vows, a lay ordination, from which she receives the name Myōkan. Thanks to the rigorous education of the Zen monks, transmitted from Japan to Europe, she begins the most important experience of her research, that is no longer solitary or personal: she begins to share her studies teaching. In Rimini, where she lives, she takes care of the Dōjō Zen-Ryū Zō Dō-with the role of maintainer. Qigong and Hua Gong In Fudenji she meets the Chinese master Zhixing Wang who allows her to access the silent and patient art of Hua Gong, the discipline of Qigong. The delicacy of teaching and practice are transformative, profound and effective: a medicine for body and mind. Qigong integrates perfectly with Zen meditation. "There are no borders except in our mind." "Qi" is a Chinese term that translates "Energy". The energy "before our birth", the energy that animates us. “When I keep silent and listen I feel my true nature being in contact with the whole, on the line between visible and invisible.”

Select the day that you prefer

Do you confirm the pre-accreditation for this conference?

X
IN THIS SECTION